You are here: Home / News / Images / Image from page 54 of “The birds of Britain : their distribution and habits” (1916) – The Great Fish River Museum 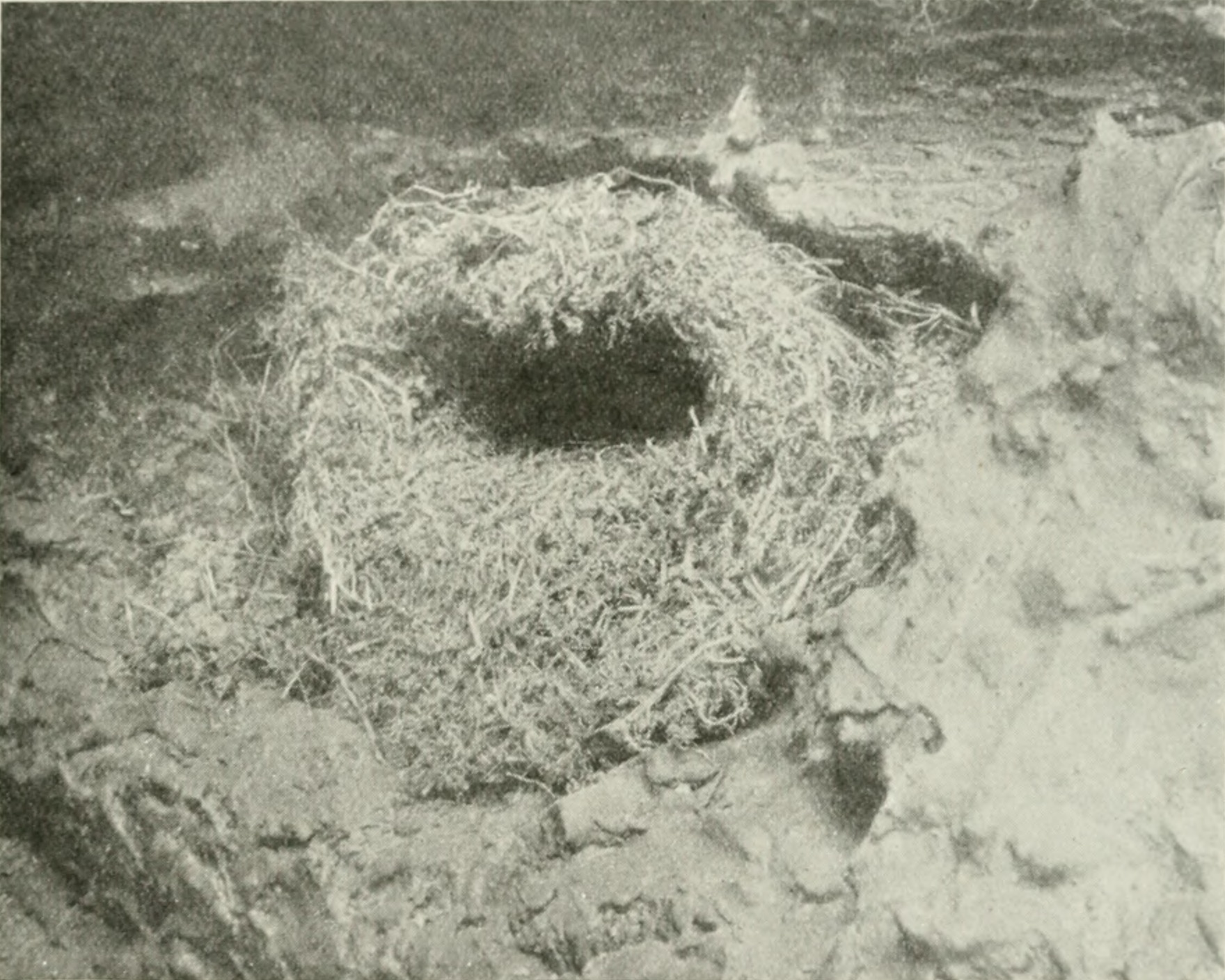 Text Appearing Before Image:
Dipper water, where it uses its legs and wings below the surface.Naturally it is not suited by our southern and easterncounties, but it is found from Cornwall and Walesnorthward to the Orkneys, and also in Ireland, whileits cheery song may be heard even in the severestweather in its upland haunts, which it seldom cares toleave. Its food consists of small mollusks, spiders,beetles, and insect-larvse, and to some extent of fish-spawn, but its utility far outweighs its harmfulness. Passeres 11 The nest is a big roiiiul hall of moss, oi- moss and grass,lined with leaves, generally of the oak or beech, andhas a side entrance ; it is built in a hole in a wall orbank, among protruding tree-roots on river sides ornot uncommonly beneath a bridge or close to a water-wheel ; in many cases it is stuck against a rock or large

Text Appearing After Image:
Dippers nest boulder with the slightest possible support. The fiveor six somewhat pointed white eggs are laid from Marchonwards, and a third set has even been known to havebeen deposited in the same nest,at once. The fledglings swim 42 Order I Family PANURID^, or Bearded Tits This remarkable family, of doubtful position, con-tains only one British member (Panurns biarmicus), a

Karoo Space is the leading website on the Karoo, South Africa's Heartland. … END_OF_DOCUMENT_TOKEN_TO_BE_REPLACED

CDK Security is based in the Karoo town of Cradock. We deliver security … END_OF_DOCUMENT_TOKEN_TO_BE_REPLACED

Cathy's Guesthouse is situated in central Cradock near to local shops, … END_OF_DOCUMENT_TOKEN_TO_BE_REPLACED

This business is 100% owned by me as the black woman, it is trading genral … END_OF_DOCUMENT_TOKEN_TO_BE_REPLACED

Lazy Gecko is situated in a quiet upper residential area in Cradock, … END_OF_DOCUMENT_TOKEN_TO_BE_REPLACED

Cradock House consists of five rooms within the main house, as well as two … END_OF_DOCUMENT_TOKEN_TO_BE_REPLACED