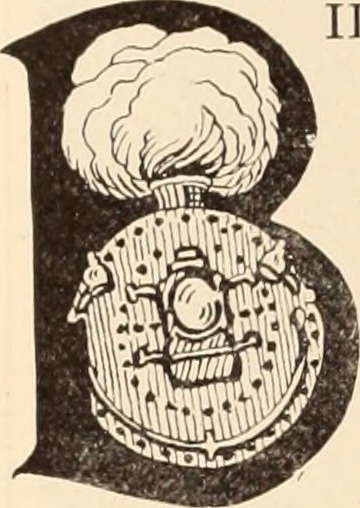 Text Appearing Before Image:
he Pusher Engineer by Edgar White

Text Appearing After Image:
ILLY GOAT BOB, theboys called him, carelessthat the name piercedworse than a swordpoint. For seven yearshe had handled thethrottle of the bigmachine that nosedthe long freight trainsup the two-mile hill into Divide City,where the grade was level. The crestreached, the pusher engine would swingloose and drift back into the valley, thereto wait in the desolation for the nextheavy train needing a lift. Bob Manning had been a youngster oftwenty when they changed him from theleft to the right hand side of the pusher.He supposed that in the fullness of timetheyd give him a run on the road and lethim be a real engineer. But once havingfixed him on the hill job they seemed tohave forgotten all about it. It was thepenalty of modesty. Had he gone intoheadquarters and demanded promotion,in all likelihood they would have remem-bered him and given him somethingbetter. But Bob was a shy sort of chap,and he was afraid if he suggested thechange he might be told they had asuperintendent to look after

CDK Security is based in the Karoo town of Cradock. We deliver security … END_OF_DOCUMENT_TOKEN_TO_BE_REPLACED

Cathy's Guesthouse is situated in central Cradock near to local shops, … END_OF_DOCUMENT_TOKEN_TO_BE_REPLACED

Karoo Space is the leading website on the Karoo, South Africa's Heartland. … END_OF_DOCUMENT_TOKEN_TO_BE_REPLACED

This business is 100% owned by me as the black woman, it is trading genral … END_OF_DOCUMENT_TOKEN_TO_BE_REPLACED

Lazy Gecko is situated in a quiet upper residential area in Cradock, … END_OF_DOCUMENT_TOKEN_TO_BE_REPLACED

Karoo Werf Gastehuis Sis situated in the historical town of Cradock, a … END_OF_DOCUMENT_TOKEN_TO_BE_REPLACED