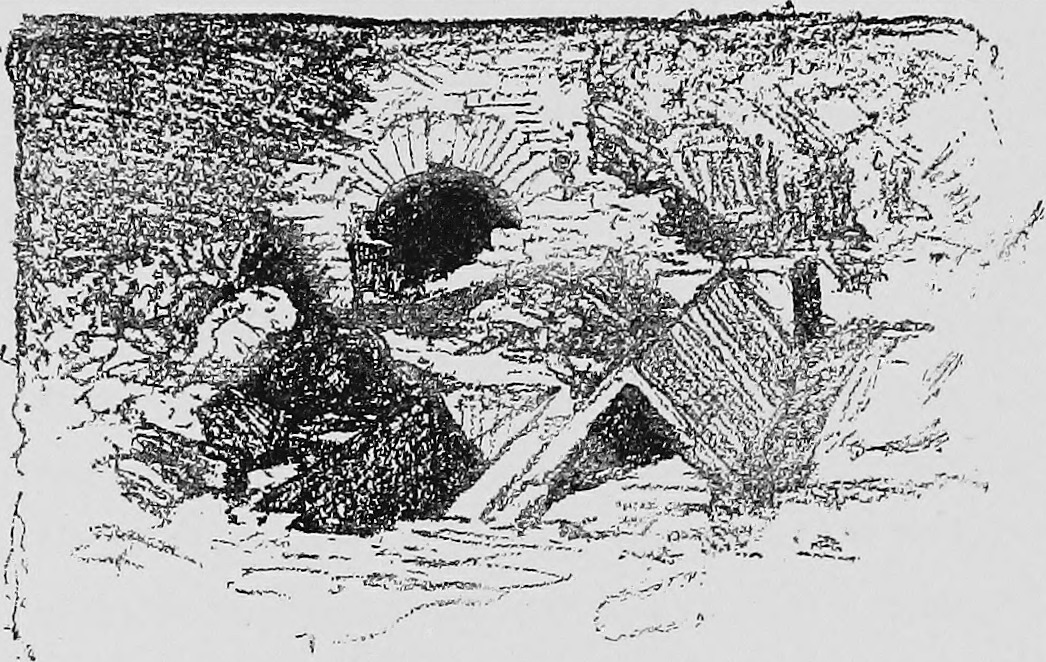 Text Appearing Before Image:
inst him totake the kingdom. He dropped it there to takeup arms, and there it had been since. The topof it was split open. The priest in a neighboringparish had tried, a hundred years before, to quarryit for his parsonage, but like King Harald washalted before he had gone far. What was thematter with the parsons in those days, I cannotimagine. When they opened the graves of KingValdemar and Queen Dagmar, of whom I havetold elsewhere, they found her tomb a jumble ofbroken brick and rubbish. A priest attached tothe church, to make a nice roomy burial-placefor himself, had calmly cut into the resting-placeof Denmarks best-beloved queen, throwing thebones he found there to the scrap-heap. A hun-dred years and over, the skull of the gentle Dag-mar, which some one had picked up, lay about thechurch and was then carried off by a thief. Agold cross the queen had worn was saved, having THE OLD TOWN 159 value in the eyes of the vandals, and in thecourse of time found its way into the possession

Text Appearing After Image:
Daqmabs DesfoiIiED Tomb. of the government and into the museum ofantiquities, where it now is, its most preciousrelic. Holme week was the great time of the yearfor us all. It came late in July, when the haywas all in and we got our fishing-tackle out; forthe hay was the great crop thereabouts, and untilit had been cut it was not a good thing to be caughtby the farmer wading through his meadows. 160 THE OLD TOWN Out toward the sea the river made a great bend,and in it, near its mouth, lay a stretch of marsh-land where the grass grew exceeding rich andsweet. This was the Holme, which in thethirteenth century had been given to the town bythe King in return for its building a wall aroundRibe the better to defend it. The wall was neverbuilt, though they got so far as digging a ditch,but they kept the land, and after the Reformationdivided it up among themselves, to their great gain.When now the last of the hay had been cut andstacked, the Old Town went a-picnicing, bagand baggage. Those wh

Karoo Space is the leading website on the Karoo, South Africa's Heartland. … END_OF_DOCUMENT_TOKEN_TO_BE_REPLACED

This business is 100% owned by me as the black woman, it is trading genral … END_OF_DOCUMENT_TOKEN_TO_BE_REPLACED

CDK Security is based in the Karoo town of Cradock. We deliver security … END_OF_DOCUMENT_TOKEN_TO_BE_REPLACED

Cathy's Guesthouse is situated in central Cradock near to local shops, … END_OF_DOCUMENT_TOKEN_TO_BE_REPLACED

Lazy Gecko is situated in a quiet upper residential area in Cradock, … END_OF_DOCUMENT_TOKEN_TO_BE_REPLACED

Karoo Werf Gastehuis Sis situated in the historical town of Cradock, a … END_OF_DOCUMENT_TOKEN_TO_BE_REPLACED