You are here: Home / News / Images / Image from page 300 of “The countries of the world : being a popular description of the various continents, islands, rivers, seas, and peoples of the globe” (1876) – Valley Of Desolation

Image from page 300 of “The countries of the world : being a popular description of the various continents, islands, rivers, seas, and peoples of the globe” (1876) 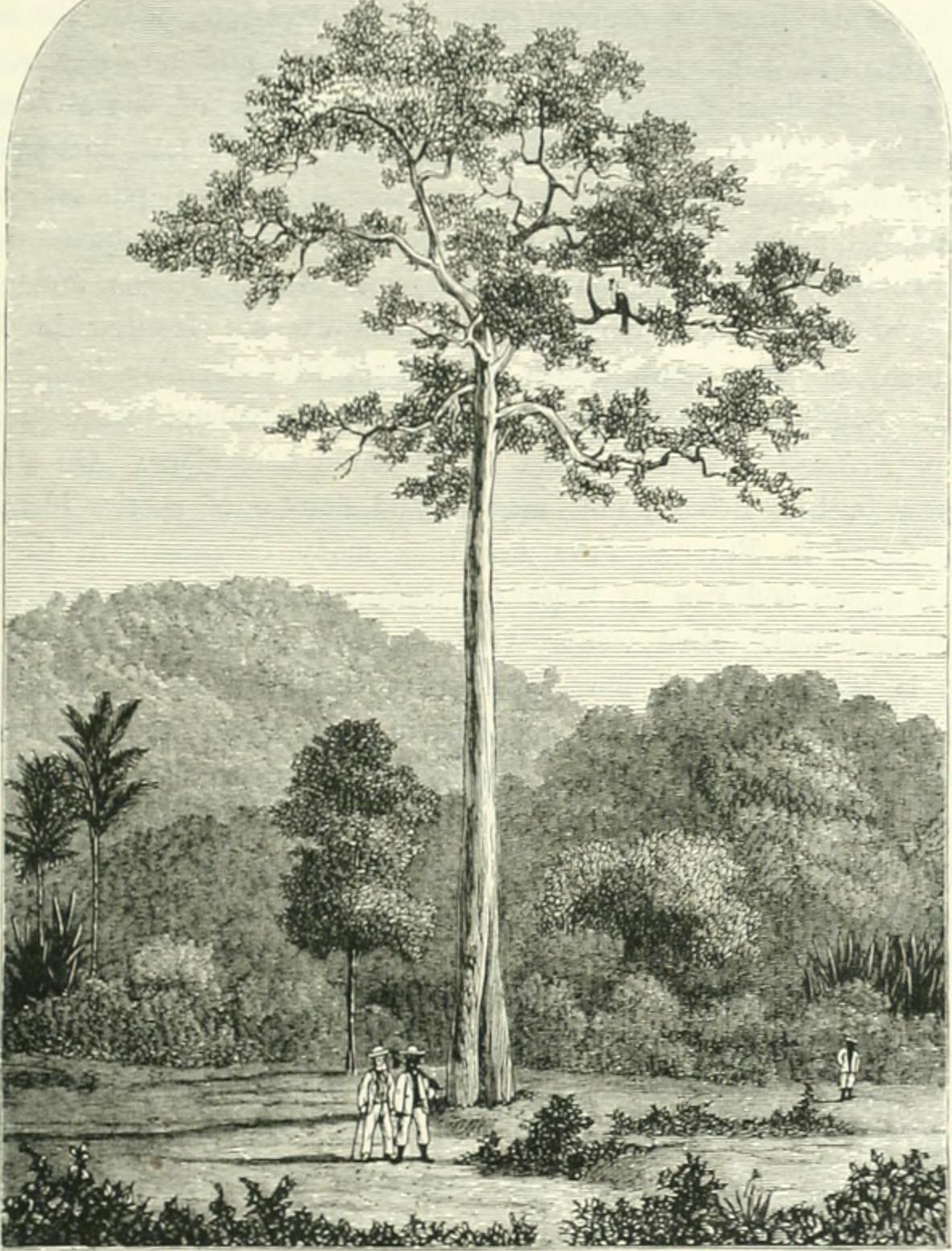 Text Appearing Before Image:
e account iirstappeared in the Lfiiuhm Muguzine, but no man, so far as I am aware, has been ableto discover the original of the talc, and it is generally understood that the whole wasthe work of George Steevens, an unscrupulous antiquary, who was never happier thanwhen entrapping his contemporaries in the meshes of some ingenious hoax. However,the story was too attractive not to seize the imagination. Erasmus Darwin embalmed itin his stately verses, poets of a less scientific type followed his example, while paintereinnumerable vied with each other in picturing the scene of so much desolation. In reality INDOMAI.AYSIA : JAVA. «!),» tlie life is a spurge (Aiiliarln fo.rictiriu), which, when pierced, exndcs a milky juiuc,containing, as is usually the case with such plants, an a<ri<l poison. But, so far finniheing as pestilent as described, the tree has liecii eultivatetl in our Iwtanic gardens,and is known to grow in the Java wcmkIs along with dthcr vegetation, which it does not

Text Appearing After Image:
TICK VIAS TREE (iliiKarit toiiearia) OF JAVA. injure, and on its branches birds and lizards have often been seen to perch. It is,however, f:iir tn say that the soil on which it grows is often cavernous, and iii thevalley of death exhales carbonic acid and sulphurous vapoui-s, which are fatal to animallife, and that from the same causes operating in the streams, many of the latter aredestitute of lishes. The juice is also used as an arrow poison, and often causes disagreealileirritation, or worse, to those who climb the tree, or wear a garment made of the innerbark. This irritating character is, however, common to the juice of the order to which 270 THE COUNTRIES OF THE WOKT.D. flie upas belongs. The tree is not eonfineJ to Java, for a traveller describes it astlourisliing in a valley near the town of Briini, iu Borneo, surrounded by hills coveredwith dense vegetation. It is, however, curious, as proving that the ancient tales aboutit are based on some foundation of fact, that the nati

Cathy's Guesthouse is situated in central Cradock near to local shops, … END_OF_DOCUMENT_TOKEN_TO_BE_REPLACED

CDK Security is based in the Karoo town of Cradock. We deliver security … END_OF_DOCUMENT_TOKEN_TO_BE_REPLACED

This business is 100% owned by me as the black woman, it is trading genral … END_OF_DOCUMENT_TOKEN_TO_BE_REPLACED

Karoo Space is the leading website on the Karoo, South Africa's Heartland. … END_OF_DOCUMENT_TOKEN_TO_BE_REPLACED

Pophuis is a fully equipped house situated in Cradock, ideal for a large … END_OF_DOCUMENT_TOKEN_TO_BE_REPLACED

Lazy Gecko is situated in a quiet upper residential area in Cradock, … END_OF_DOCUMENT_TOKEN_TO_BE_REPLACED