You are here: Home / News / Images / Image from page 329 of “Marvels of the new West : a vivid portrayal of the stupendous marvels in the vast wonderland west of the Missouri River : comprising marvels of nature, marvels of race, marvels of enterprise, marvels of mining, marvels of stock-rai – Valley Of Desolation

Image from page 329 of “Marvels of the new West : a vivid portrayal of the stupendous marvels in the vast wonderland west of the Missouri River : comprising marvels of nature, marvels of race, marvels of enterprise, marvels of mining, marvels of stock-rai 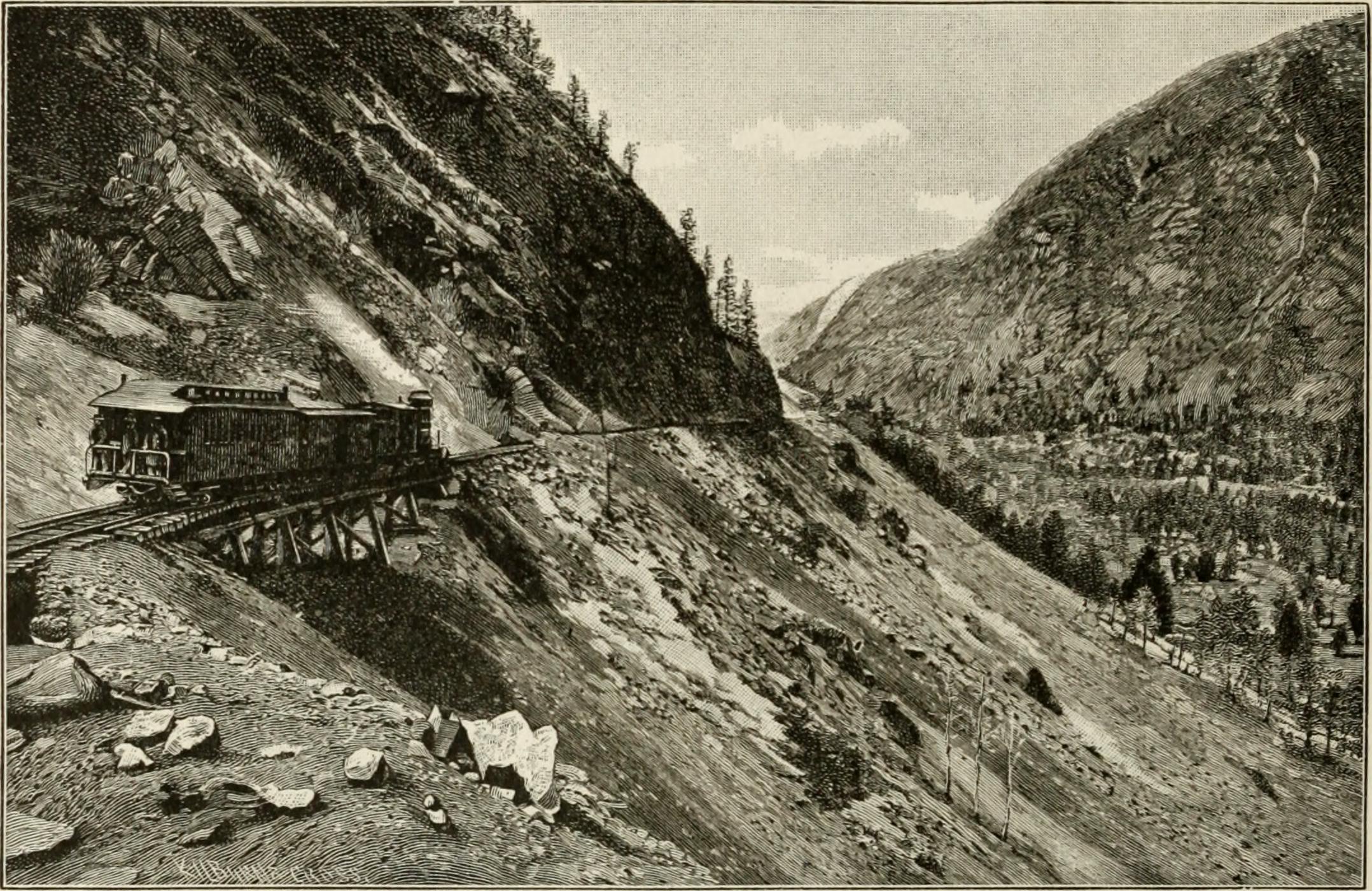 Text Appearing Before Image:
declared thatthis ride cannot be duplicated in the whole world ; that neither writernor painter can do justice to the attractions. From personal obser-vation we affirm that some of the wildest scenery which we saw inthe Rocky Mountains was seen here. In some localities it ceased to 288 MARVELS OF THE NEW WEST. be grand and became awful. The thought of penetrating such an* abyss of desolation in a Pullman car would have seemed absurd butfor the fact that ours was doing that very thing. A photographicview in this canon, at an interesting point, will give a good idea ofthe wild, rough, and desolate appearance of the gorge. We remember with peculiar interest a descent into a narrow valley,where, in order to ascend the mountains on the opposite side, therailway made a detour of several miles, skirting a lot of five or sixacres or more in performing the feat. We drew a plan of the roadin our note-book at the time, and subsequently found a pictorialrepresentation of it (see following page).

Text Appearing After Image:
CHALK CREEK CANON. At a point eight or ten miles from the Alpine Tunnel, a passen-ger said, pointing to the west, See that black spot yonder! that isthe tunnel. The black spot appeared to be about as large as amans hat, and a mile away. All were surprised to be told that it wasdistant eight or ten miles. The tunnel is above timber-line, continued our informant, toohigh up for anything to grow. What is the altitude } we asked. Eleven thousand six hundred and twenty-three feet above the sea,the highest railway in the world, except one in the South AmericanAndes. MARVELS OF ENTERPRISE. 289

Cathy's Guesthouse is situated in central Cradock near to local shops, … END_OF_DOCUMENT_TOKEN_TO_BE_REPLACED

CDK Security is based in the Karoo town of Cradock. We deliver security … END_OF_DOCUMENT_TOKEN_TO_BE_REPLACED

This business is 100% owned by me as the black woman, it is trading genral … END_OF_DOCUMENT_TOKEN_TO_BE_REPLACED

Karoo Space is the leading website on the Karoo, South Africa's Heartland. … END_OF_DOCUMENT_TOKEN_TO_BE_REPLACED

Cradock House consists of five rooms within the main house, as well as two … END_OF_DOCUMENT_TOKEN_TO_BE_REPLACED