You are here: Home / News / Images / Image from page 391 of “Wyoming, its history, stirring incidents, and romantic adventures” (1868)

Image from page 391 of “Wyoming, its history, stirring incidents, and romantic adventures” (1868) 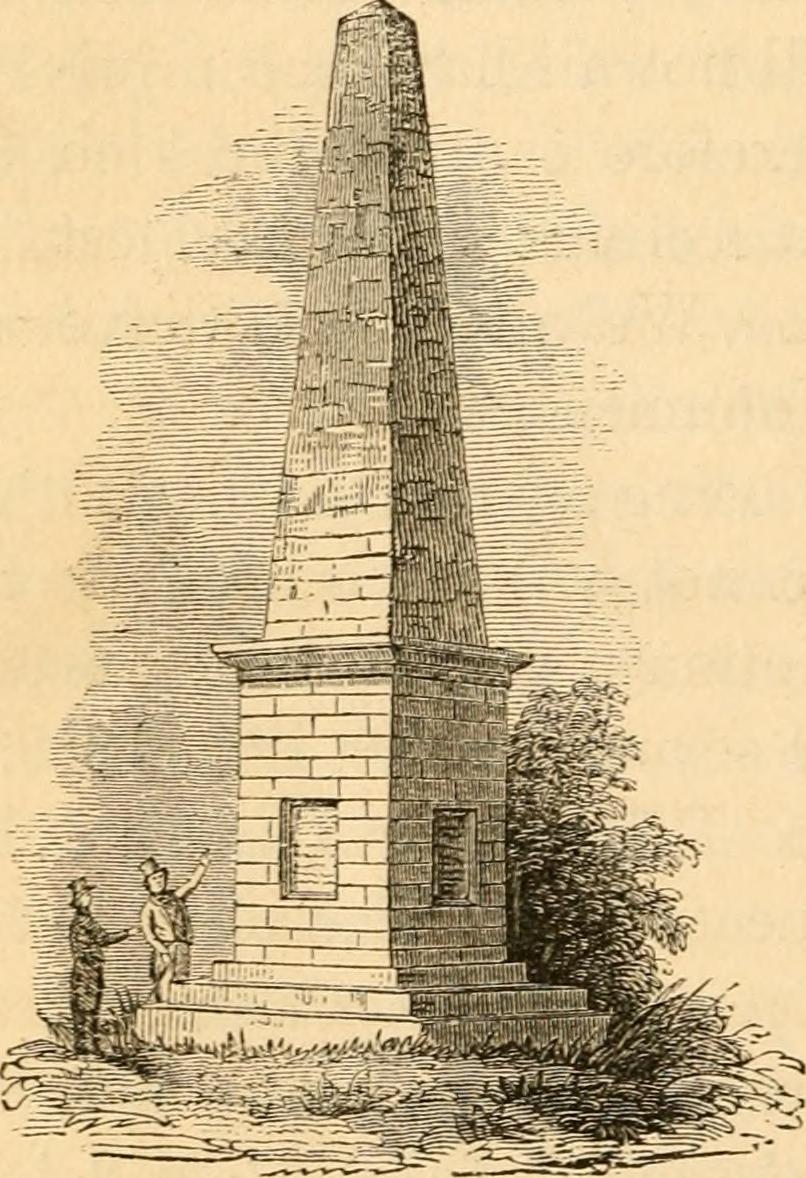 Text Appearing Before Image:
Association. The namesof the officers and committee were as follows: Mrs.Chester Butler, President; Mrs. Gr. M. Hollenback andMrs. E. Carey, Vice-presidents ; Mrs. Butler, Mrs. Nich-olson, Mrs. Hollenback, Mrs. Lewis, Mrs. Boss, Mrs.Cunningham, Mrs. Beaumont, Mrs. Drake, Mrs. Ben-net, Mrs. Carey, Executive Committee ; Miss Emily Cist,Treasurer ; Miss Gertrude Butler, Secretary; Mrs. Don-ley, Mrs. L. Butler, Corre-sponding Committee. The ladies solicited do-nations, held fairs, and, bydint of zeal and persever-ance, succeeded in raisingthe funds for the erectionot a monument at once ofthe patriotic deeds of theirfathers and of their ownpower. The monument isconstructed of granite, andis sixty-two and a half feetin height. On three mar-ble slabs are engraved thefoliowing inscriptions. On the front slab, composed by Edward Mallory,Esq., is the following: Near tliis spot was fought, on the afternoon of the 8d of July, 1778,the Battle of Wyoming, in -which a small band of patriotic Ameri-

Text Appearing After Image:
THE MONUMENT. 386 cans, chiefly the undisciplined, the youthful, and the aged, spared byinefficiency from the distant ranks of the Republic, led by ColonelZebulon Butler and Colonel Nathan Denison, with a courage thatdeserved success, boldly met and bravely fought a combined Brit-ish, Tory, and Indian force of thrice their number. Numerical su-periority alone gave success to the invader, and widespread havoc,desolation, and ruin marked his savage and bloody footsteps throughthe Valley. This monument, commemorative of these events, and in memoryof the actors in them, has been erected over the bones of the slain bytheir descendants and others, who gratefully appreciate the servicesand sacrifices of their jjatriotic ancestors. On the other slabs the following: Dulce et decorum est pro patria mori. Slain in the battle: Field-officers: Lieutenant Colonel GeorgeDorrance, Major John Garret. Captains: James Bidlack, Jun.,Aholiab Buck, Robert Durkee, Rezin Geer, Joseph Whittlesey, De-thic Hewi

CDK Security is based in the Karoo town of Cradock. We deliver security … END_OF_DOCUMENT_TOKEN_TO_BE_REPLACED

Karoo Space is the leading website on the Karoo, South Africa's Heartland. … END_OF_DOCUMENT_TOKEN_TO_BE_REPLACED

This business is 100% owned by me as the black woman, it is trading genral … END_OF_DOCUMENT_TOKEN_TO_BE_REPLACED

Cathy's Guesthouse is situated in central Cradock near to local shops, … END_OF_DOCUMENT_TOKEN_TO_BE_REPLACED

The gracious Victorian-style homestead, Heritage House, is situated in a … END_OF_DOCUMENT_TOKEN_TO_BE_REPLACED

Pophuis is a fully equipped house situated in Cradock, ideal for a large … END_OF_DOCUMENT_TOKEN_TO_BE_REPLACED