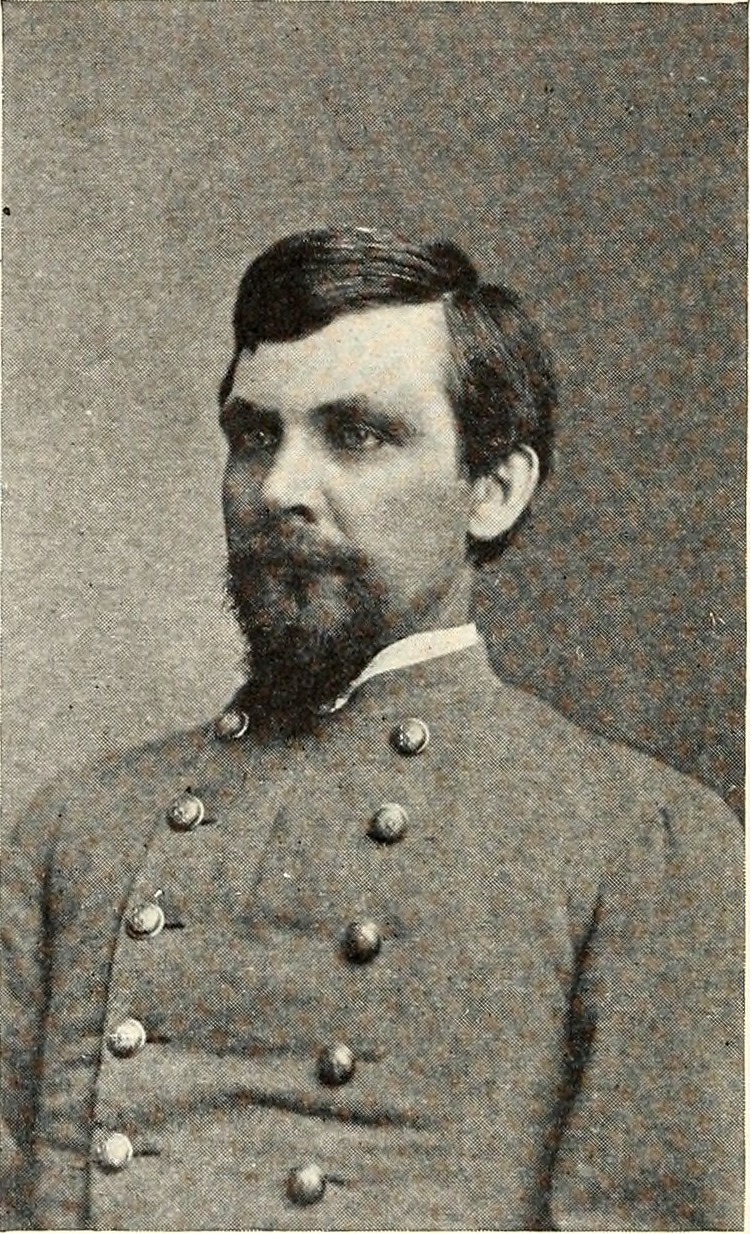 Text Appearing Before Image:
sent to the V. M. I. becausehe was no larger than abroiling chicken, was fear-fully wounded, and it is awonder he ever recovered.He is now the Rev. CharlesRandolph, of Evington, Va.First Sergeant Erskine Ross,of A, was distinguishedfor gallantry. He is nowUnited States circuit judgein California, and Color-Bearer Oliver Perry Evansalso became a San Franciscojudge. First Sergeant A. Pizzini, Jr., was specially notedfor grit, as was peach-cheeked Coonie Ricketts, theenvied pet of the petticoats. Winder Garrett, of Williams-burg, ran his bayonet through a gunner in the charge thattook the battery, and he and Charlie Faulkner capturedtwenty-two big Germans, barricaded in an icehouse.Cadet Levi Welsh, of B, made a great mark for daring,and Patrick Henry, of Tennessee, won his spurs throughall the fight. Grim and gallant Professor-Captain HenryA. Wise always commended the bearing of EdmundBerkeley, Bob Brockenborough, Preston Cocke and PemThomson. All were Valley boys, except Cocke, who was

Text Appearing After Image:
GENERAL SCOTT SHIPP, V. M. I. BELLES, BEAUX AND BBAINS OF THE SIXTIES 44:i from the James River Valley, but of the old Preston blood. That a number of Alabama boys were in, I chanced toknow. H. Walker Garrow, a fine fellow, later loved inMobile, was one. Another letter, equally unsuspecting ofpublication, from Minge, says: The cadet corps little stunt at Newmarket seems tohave crept into history as a marginal note. This seed-corn battalion, as President Davis styled it, when he heardof the slaughter of the innocents, has been tenderly handledby ail the recorders. It was without question a most beau-tiful and touching illustration of Lees grand maxim, Dutyis the noblest word in thelanguage. And then thebook closes. There are no specific rec-ords left and no specificdeeds. Hunter, in his cam-paign of desolation up theValley, destroyed the instituteand its records, June 11th,1864. The rosters were ob-tainable only from the mem-ories of those officers whoseduty it was to call the com-pany

This business is 100% owned by me as the black woman, it is trading genral … END_OF_DOCUMENT_TOKEN_TO_BE_REPLACED

Cathy's Guesthouse is situated in central Cradock near to local shops, … END_OF_DOCUMENT_TOKEN_TO_BE_REPLACED

CDK Security is based in the Karoo town of Cradock. We deliver security … END_OF_DOCUMENT_TOKEN_TO_BE_REPLACED

Karoo Space is the leading website on the Karoo, South Africa's Heartland. … END_OF_DOCUMENT_TOKEN_TO_BE_REPLACED

Karoo Werf Gastehuis Sis situated in the historical town of Cradock, a … END_OF_DOCUMENT_TOKEN_TO_BE_REPLACED